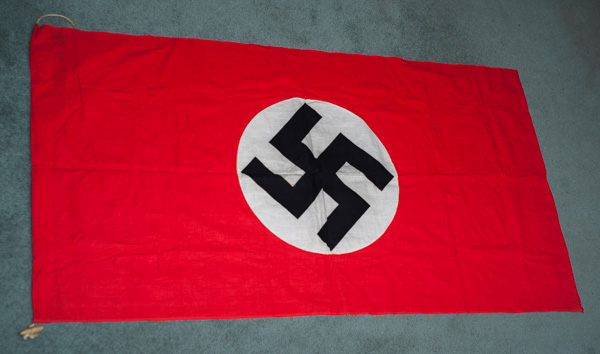 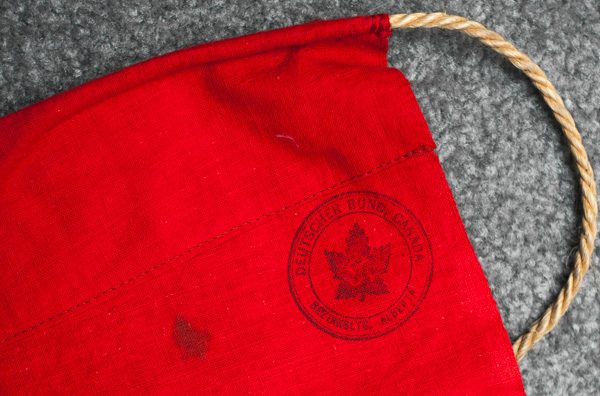 WW2 Nazi Deutscher Bund Canada flag- made in Alberta for one of several bunds that were started by pro National Socialist Party Germans residing in Canada and the United States. This extremely rare flag would have been locally produced and would have been used between 1934 and 1939-1940: by 1939 the RCMP had begun to round up members and put them in camps.