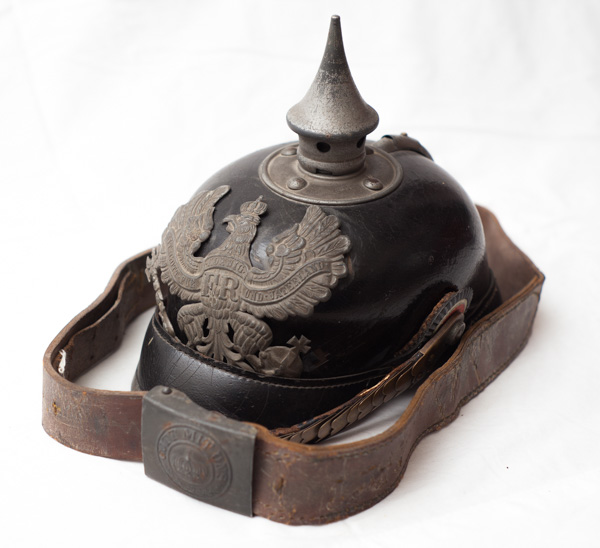 WW1 Imperial German 1915 dated Pickelhaube spiked helmet, with Imperial German belt buckle. Note differences from 1914 model, and remaining metal chain on front.
This model is named to the German who owned it and his regimental marks are also present. This was purchased from the Granddaughter of the Canadian Veteran who captured it, who also wrote his name on the interior.